The diorite is a coarse-grained intrusive magmatic rock, formed during the birth of mountain ranges along the edges of continental plates (such as the Andes), and in magmatic arches. Its name comes from the Greek word “diorìzein“, which means “to delimit, to determine”.

The diorites can be quartzferous and non-quartzferous; they have variable colouring from dark grey-green almost black to light green. 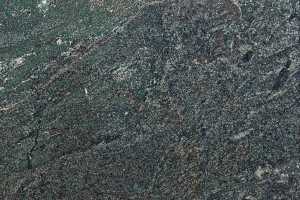 Extremely hard, with high compressive strength and granite-like characteristics, diorite, while difficult to work with, has been commonly used since ancient times (Mesopotamian civilizations). Today it is mainly used for flooring.

Thanks to its extreme robustness and durability, diorite is used as a structural element and is commonly used in construction, to pave streets and squares in different parts of the world, in the form of pebbles, cubes or slabs.

It is also considered a very elegant element in interior design.